11 Breast Augmentation Before & After Photos

29 year old who had a breast augmentation performed by another surgeon. Before pictures show a double bubble appearance with displacement of implant below the infra mammary fold (the fold under the breasts) due to excessive dissection and violation of his fold during the initial procedure. She was very unhappy and consulted for a correction of the problem.

A neopectoral dissection technique was used to re-position the implants with complete correction of the pre-existing problem. The original high profile 415 cc gel implants were exchanged to 350 cc moderate plus profile gel implants. Note the shapely appearance in the post-operative photos with full correction of the double bubble deformity and restoration of the infra mammary fold to its proper location. She is shown before and four months after revision surgery. 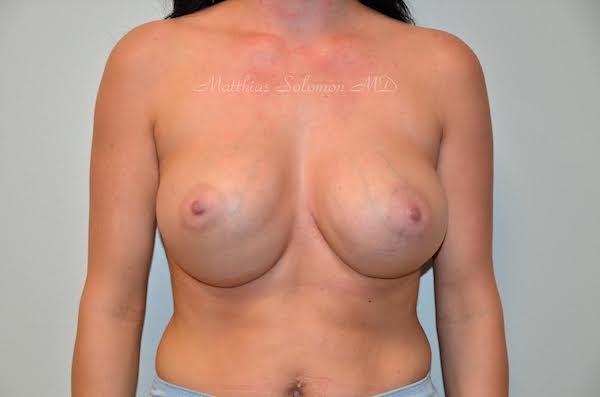 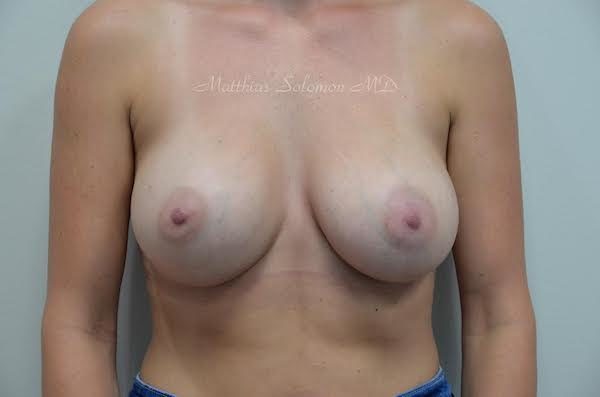 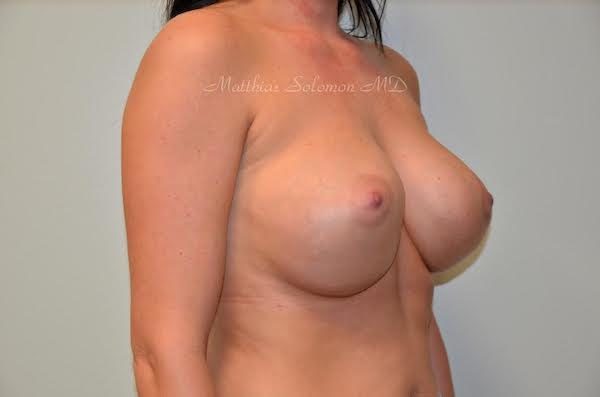 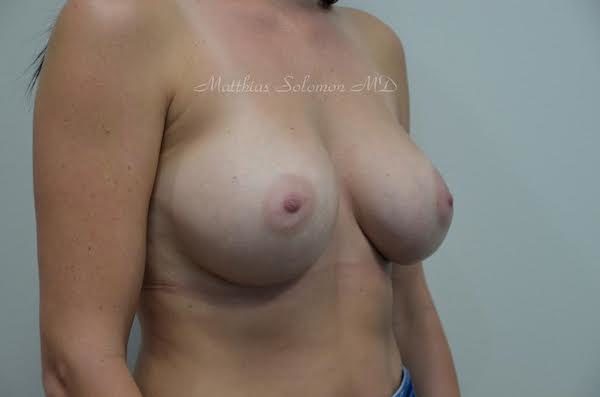 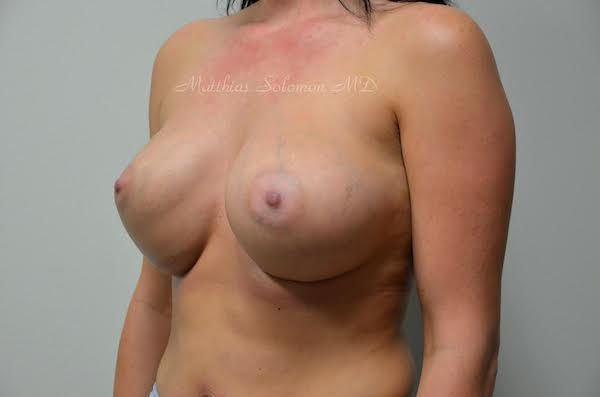 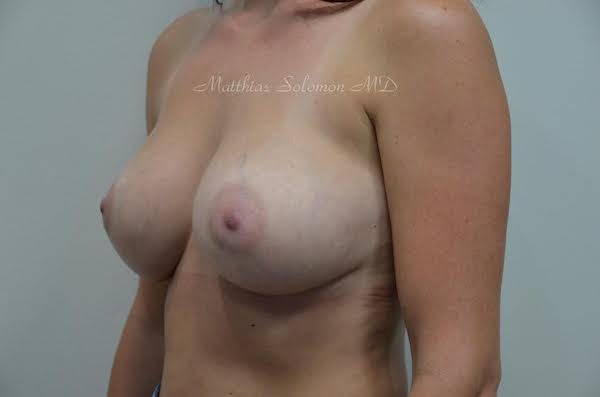