This patient in her early 50’s came to Solomon Plastic Surgery with significant skin excess/rolls over the abdominal region.  She also had adiposity of the abdomen, flanks, and central posterior trunk.  To provide her with the most optimum results, her procedure was divided into ‘Stage One: Circumferential Torso Liposuction’, followed by ‘Stage Two: Abdominoplasty’ approximately 6 weeks later.  After images were obtained approximately 1 year after her Stage Two procedure.  (Patient had a prior scar on her abdomen from gallbladder surgery). 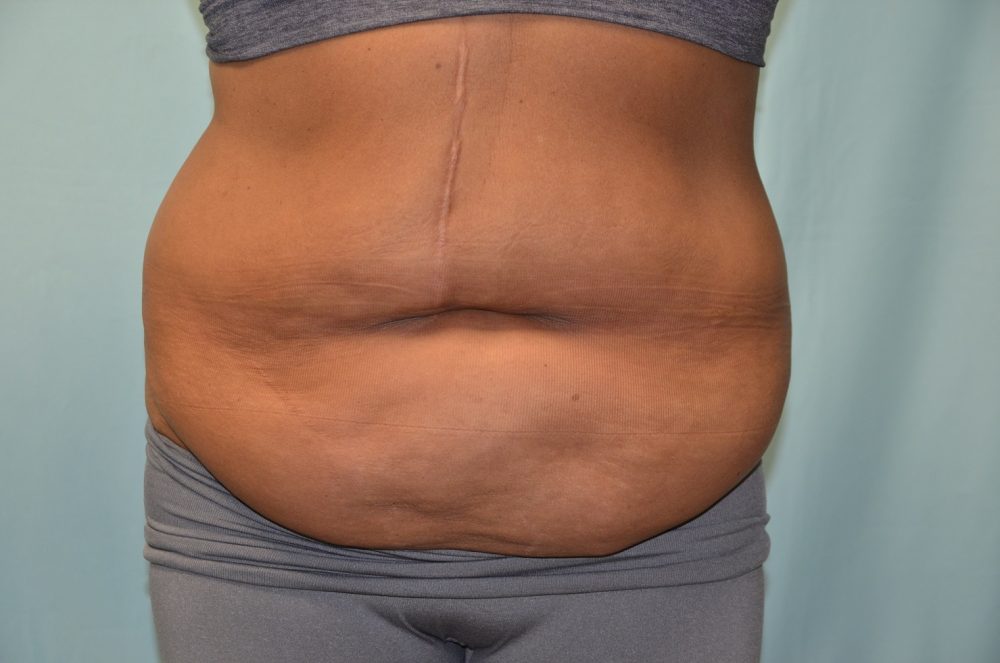 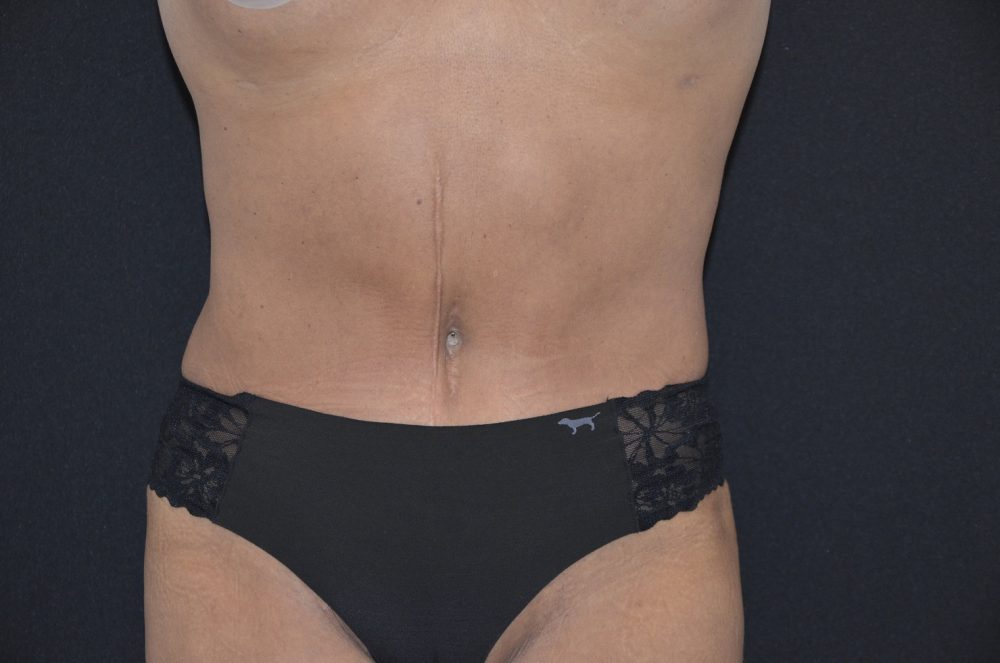 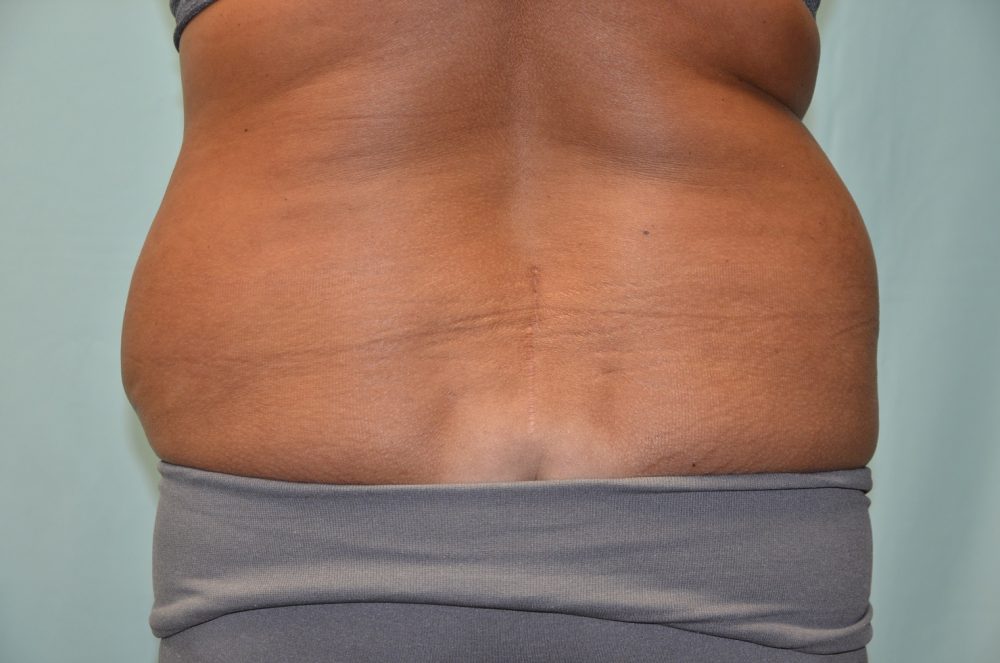 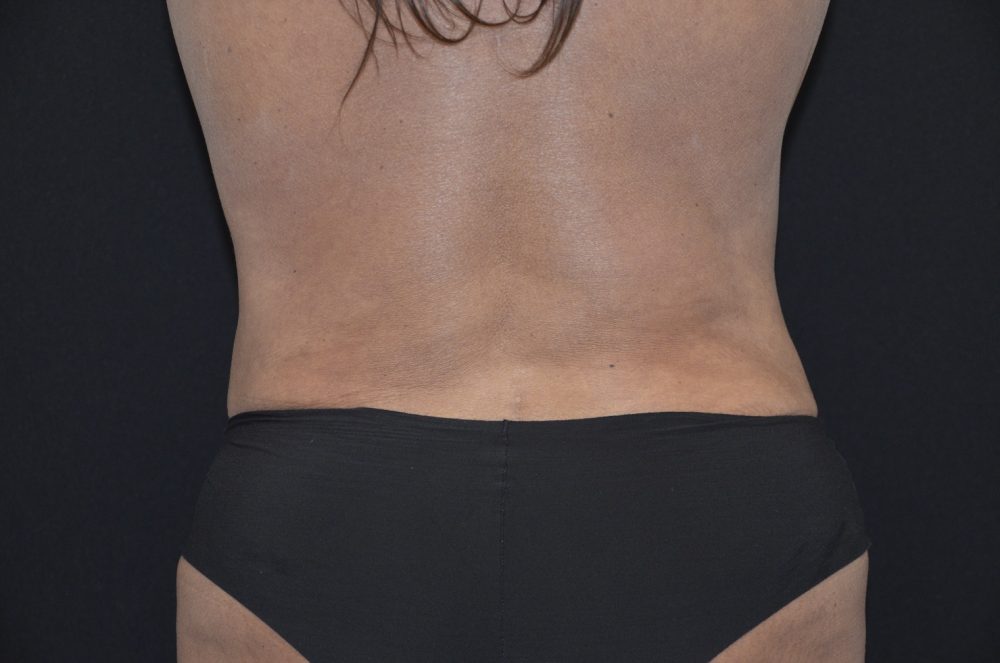 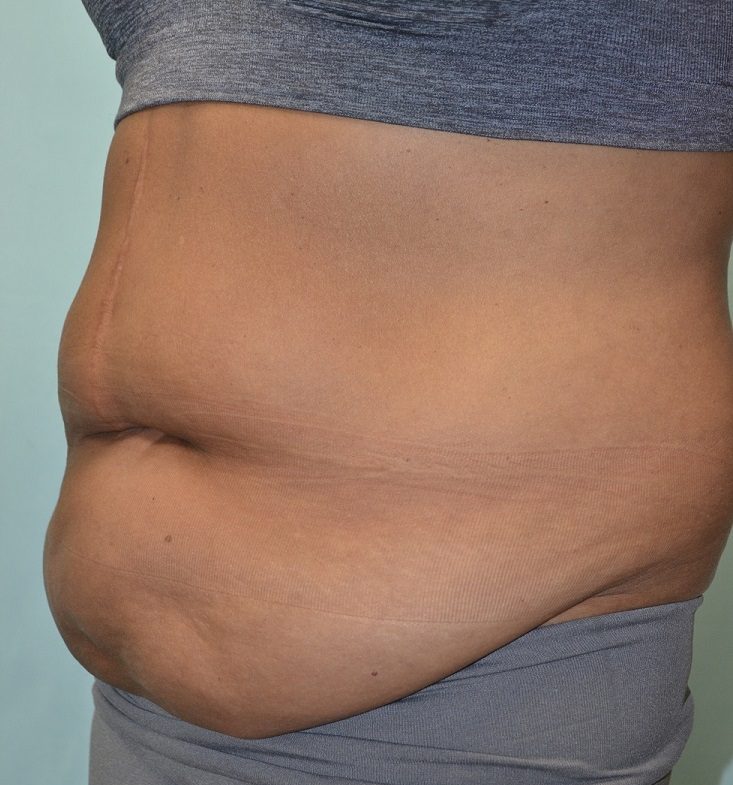 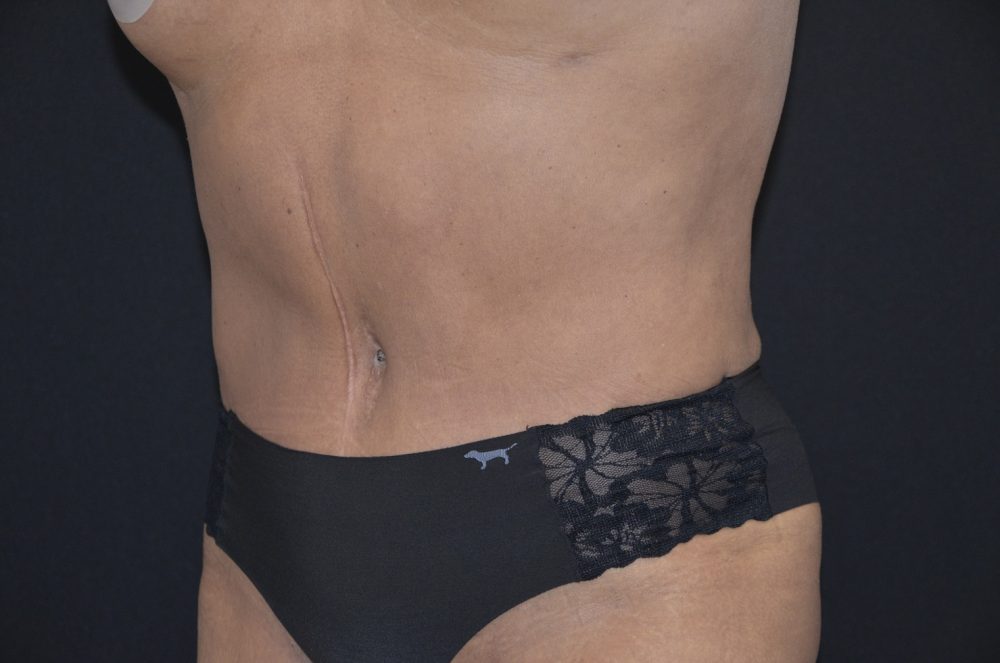 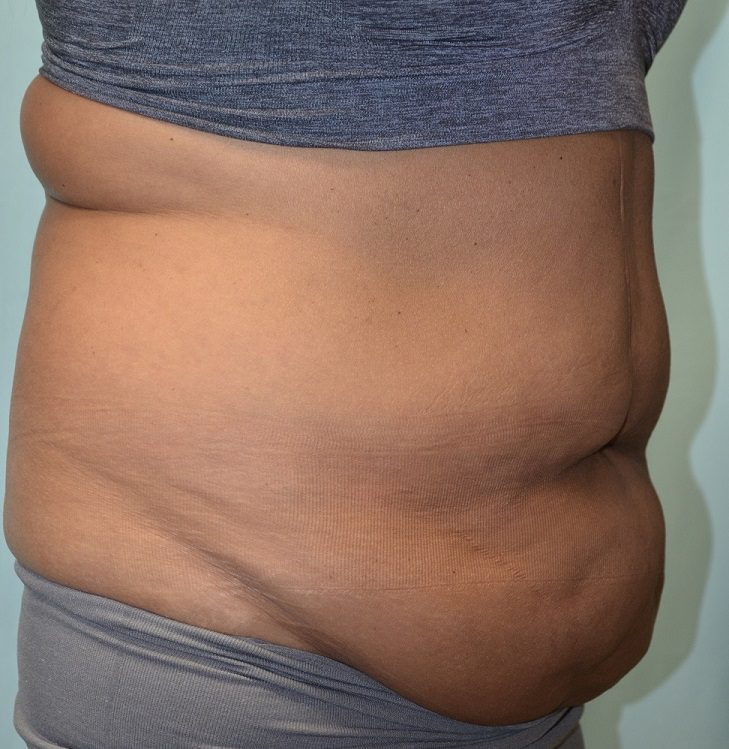